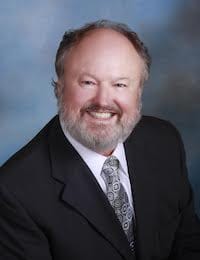 Steven Baker is the founding member of the Nursing Home Law Group, PC.  NHLG is a firm which is dedicated to representing those and their loved ones whom have been seriously injured or killed due to the carelessness, negligence or abuse of others. He has spent his legal career representing individuals who have fallen victim to nursing home abuse, medical malpractice, hospital negligence and the carelessness of drivers and operators of motor vehicles, including 18-wheeler commercial trucks.

In 1978, after being born and raised in northwest Alabama, Steven joined and served in the United States Army as a combat medic.  Upon the completion of his service, he became a nurse through his Army education and experience and worked his way through the University of North Alabama in Florence, obtaining a Bachelor’s Degree in Science and specializing in Biology and Chemistry.  As an RN, Steven worked in many critical care settings, including Surgical Intensive Care Units and Emergency Departments from coast to coast. His experience extends into management in which he was the Hospital House Supervisor of a local hospital prior to his full time law practice. While working as a registered nurse, he attend law school at the Birmingham School of Law, graduating in 1995.  Since that time, he has been serving his clients by fighting for justice and compensation for those affected by abuse and the negligence of others.

Currently, he has the opportunity to use his medical / nursing experience to assist you and your family in their serious matters of injury and wrongful death.

Steven is an active member of his community and is a member of St. Thomas Episcopal Church in Hoover, Alabama.

Alabama Association for Justice (Serving on the Executive Committee)